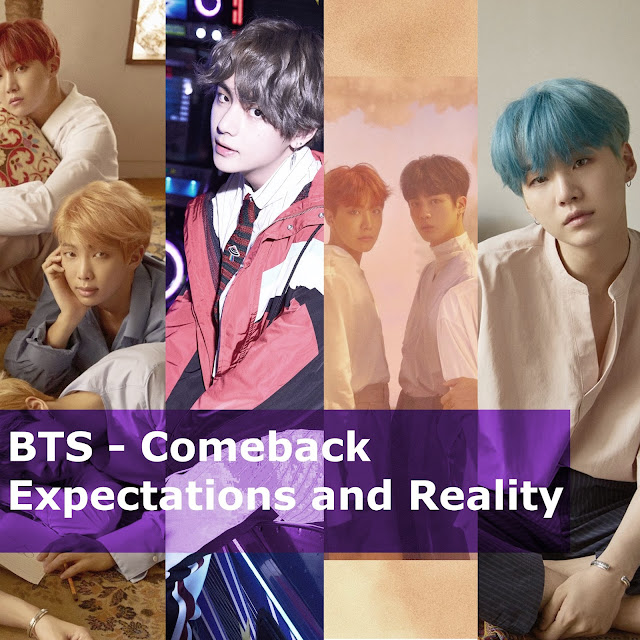 - I just want to say this at the beginning! Don't get me wrong!!! I am a real ARMY! I love these 7 dorks so much and ship there music as much as I can. This is my personal thinking about the latest comeback. Just my opinion. I am happy to hear your opinions, too. But please also respect my opinion kindly! <3 -

Hi Lovelies,
the last weeks were really emotionally for me. Ok, some of you may guess it right: Kpop activities going on. That's is jep! :D

One of the comebacks I was really curious about was the one from BTS. I love them so much and I really think that "Blood Sweat And Tears" is art. Simply geniously.

Last time they came out with "Spring Day" and "Not Today", wich I also really love and could listen to every day. 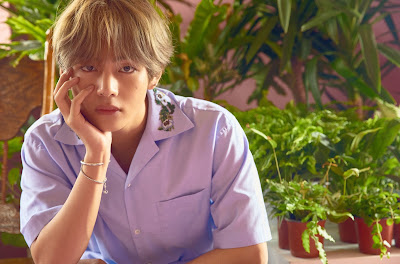 The entertainment has done really good work in making all ARMYS going crazy!!
Me, my sister and Katia (her blog: www.katiasblog.de/ ) we all wrote so much in our chat about it. The new teaser images, like every singe day they put out a new range of the L.O.V.E. concept. We talked about wich album we wanna get and that Katia is as lucky to be in Japan in the time the comeback will be, so she will be able to buy it right there (Not Like me. I order it online and need to wait.... and wait...).

Before the amazing teaser images popped out, BTS made ARMY lucky with some art movies, 4 in total. They give like another view to the "The Most Beautyfull Moment In Life" concept. I think they should think about a new story, because it is kind of to much of this concept and they really should know when to stop. For me it was done after "Young Forever", as they mentioned earlyer as they came out with the MV. It wasn't all cleared out for the fans, of course, but hey, real art isn't there to be understanded completely, right? ;) 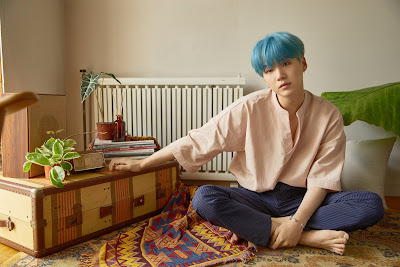 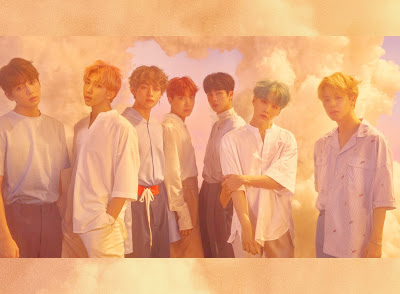 Ok, I accepted luckily the art movies to continue the story, but I was kind of pissed of at first that there weren't the gay stories we all loved at the beginning. <3 But to let my personal thing out right now, I must say that the storys are really interesting. Jongkook in hospital! OMO I can feel you!! Yoongi, I love everything you do, you were smoking (I hate smoking) but if you do it I adore it! haha!!!!
After these 4 really nice movies the expectations got really high and with the teaser images together, I was sure that there will be a nice comeback! (Like "I need you", "run", something like that...)

I like the emotionally MV's from BTS because they are also really deep in the story and the lyrics are simply amazing. But I am also a big fan of the cypher parts, "Fire", "Not Today".....  just want to mentione, I found my way to BTS with "War Of Hormone"! haha
So beside hoping for a emotionally MV, I also hoped for some nice hiphop in BTS style.

The day of the comeback came, I did some job's to afford the album, The L or the O version. <3
I must say I thought it will came out at 12:00 KST, as usual for korean MV's, but no. it came out 08:00 pm KST. So I somehow missed to watch it, but to be fair, Katia also missed it haha! Violetta wrote us that the MV is out, we should watch it but shouldn't be unhappy if it isn't as good as we all thought it would be. 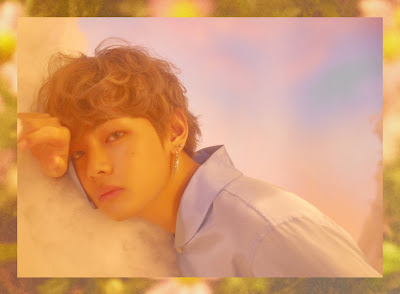 So without waiting any longer I watched "DNA", but I really must say, the music wasn't as much BTS style as I hoped. In the special after the MV they said because of they're win at billboard they got many new fans and wanted to make music that is more alike for more people (in other words... mainstream??). I don't really get this because they got all the fans with the music style they already have. Why should I like something different and mainstream like from them... why??? The music isn't bad, but also not so omfg good (for DNA!). I listened to the album online, and I really like "MIC DROP", and the performance as well. Please don't be mad at me, but I think the performance from "MIC DROP" is muuuuuuch more better than the MV from "DNA". :(

Why haven't they done some mainstream sh*** as MV AND something great like "Not Today"?
I don't really get it at this point....

So you are here at the blog of a really sad ARMY. I talked to Katia and Violetta, both aren't so happy about the comeback after all these high expectations. Katia bought the album anyway, I also understand why, but I am still struggeling if I should order it or not. Maybe they will bring out a full album next time and there are some more nice songs on it, with a amazing MV and photobook. I really hope for this!
(So Hopie, please show me that you really are my hope!!<33333)

Please let me know what you think about the comeback, if I am the only one who isn't happy about it.
I still want to support them (Of course, why not? haha) and am curious about the next steps from BTS. I love them so much. So I really hope they will do something amazing next time! :3 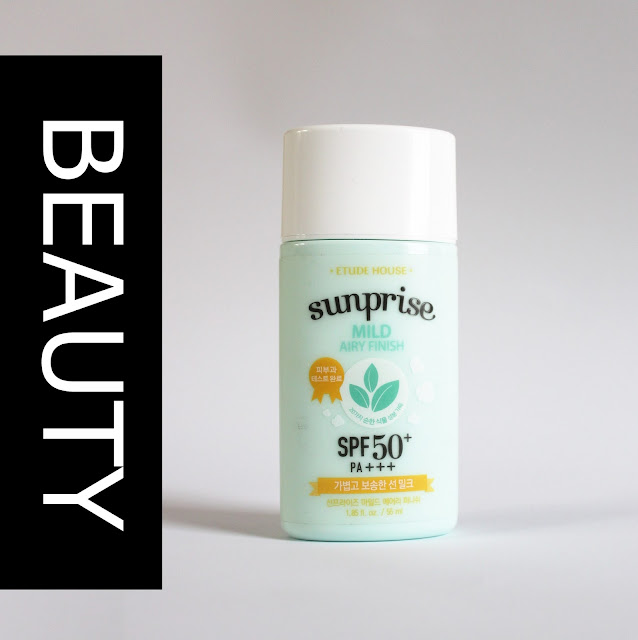 Hi Lovelies,
in Germany we have really cold weather, like fall is right in front of us and count's the day's to let us stay inside haha!

But Now after the summer is nearly over for me I wanna share with you my partner for this summer, really there wasn't one day without this product: the "Sunprise Mild Airy Finish" suncream from the korean brand Etude Hosue. I had a suncream from korea before and thought it was super nice for my skin. Normally, the suncream in Germany has such a strange scent and always leaves wite streams on your skin. This suncream is especially for your face skin, but you can use it on all your skin, of course! <3

This summer Etude House has like a list with some different suncreams where I could choose wich one would be the best for my skinconditions. I choosed this suncream because it was supposed to make my face matt (I have problems with sebum) have no undertone and leafes a fresh feeling. 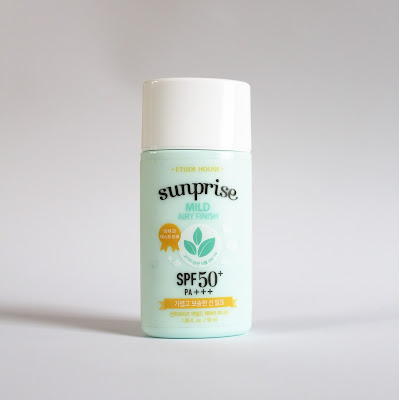 Choosing was a bit hard for me because at first I couldn't understand this list (OMO IM so sorry haha i am a fumb person or what? But I was really struggelin bc I  didn't know if I had choosen the right one or the directly different type of product haha!!!)

Anyway, I got everything right (yeii!) and now Im super happy! <33


I ordered the product at the Etude House Globalstore. 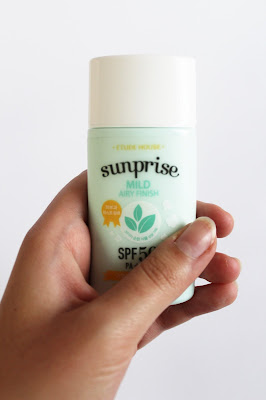 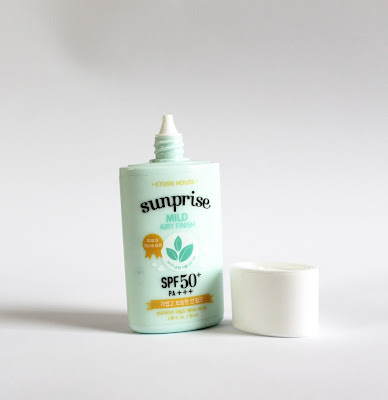 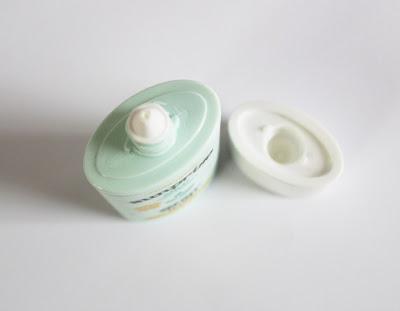 So to go true my list, what I had on expectations, I must say, this suncream really does everything for me I wanted. It also has a nice smell, like lemon (similar to the "Zero Sebum Powder") wich gives me such a clean feeling to my skin, I am simply in love. 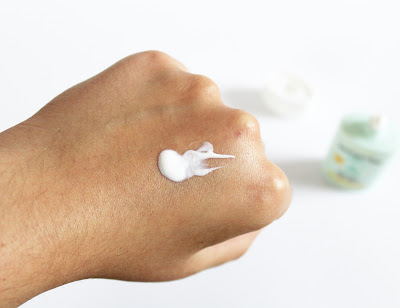 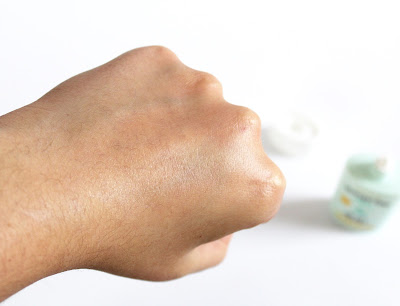 The product is nice as makeup base for sunprotection (SPF 50, PA+++), but it's also nice to only wear this product and go out in the sun. I doesn't even had to use powder on top of this suncream! <333


So I hope this review was helpfull for you. If you have some questions please feel free to ask! <3333

Posted by TwinBlogg at 6:47 PM No comments: 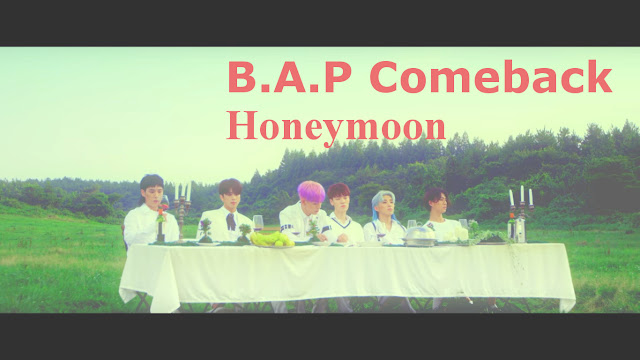 Hi everyone,
today is the day!!! B.A.P just released their new music video "honeymoon". I was super excited because I am such a pure BABY, and every comeback from my kings is amazing.


I was a bit confused, because they released it on a strange time, not 12:00 pm KST as usual.

But anyways...
I think I have to say that I am a fan of the darker concept's of B.A.P, but I can't help it. Since I saw them live and has fallen in love with them I support them no matter what. ;)

The teaser images let the BABY's already see that this will be a really colorfull concept. Some appreciate them, some hate them, I guess.
I already fell in love with the teaser images from Yongguk (because of his awesomeness) and from Zelo (because of his young look. I mean really??? TS, he is an adult, not? haha, but he is just so sweet, so thank you for sweeting up my day! <3 ), I mean ok, they are my biases in the group. But I also like Daehyun with purple hair haha! <333 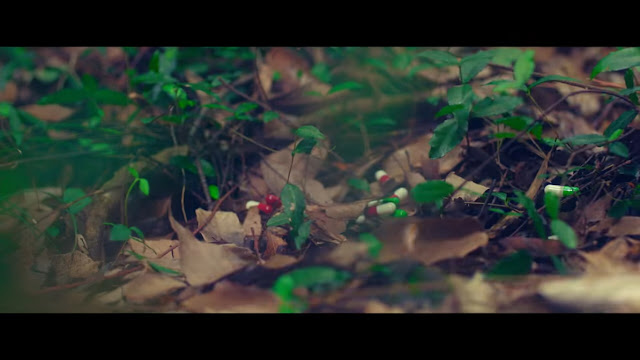 In the beginning of the mv we see the ocean, tree's, nature, many green places and also flower's. The boy's look fabulous as usual (haha) but there are also these suicide like (?) things to see like the pills and Yongguk's bloody hand... In the end, do they come over theirs depressions? Because of BABYS? Or because of they're friendship? 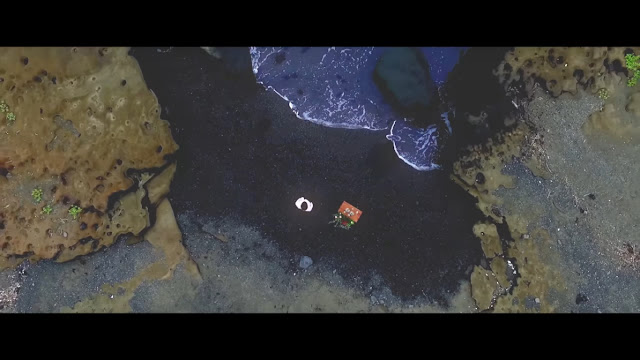 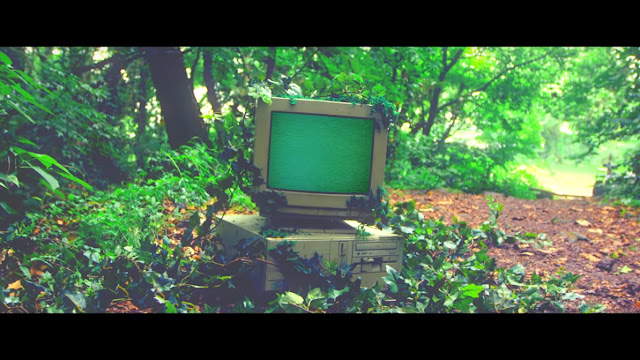 Seriously, I really don't understand the hair from Jongup and Himchan. I really can´t!!!!! :D Why have you done this to them????


But Himchan's voice is awesome in the song, and Jongup has more lines as usual. In general I think Jongup and Yongjae really get enough parts in the song, Daehyun has his parts as usual, but also really high notes. I am a bit sad that the rap parts are super short. But Zelo's rap is new and I love it. (but tooooo short!!!!!!!)

"I feel good
It is true
Life is colorful"


The lyrics give me hope that Yongguk is in a better condition now. I really hope so. My boy's should feel good. 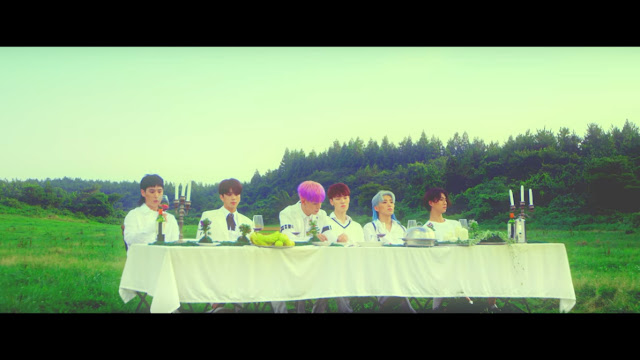 So, what do you think about the new comeback? Do you prefer these colorful comebacks or are you (like I am) waiting for more dark concepts??? :P

In this autumn we have so many Kpop comebacks, also from really big groups. I mean, B.A.P has a big world wide fanbase, but I really hope they will get enough recognition in Korea, too. Because if the people in Korea doesn't like the music, they have no chance to reach to the rest of the world. :(

Posted by TwinBlogg at 1:24 PM No comments:

TwinBlogg
We are Violetta and Rosalie, who live in Germany and love korean beauty brands so we want to make some reviews about it! :) We are not influenced by any advertisement, so we will really give you our honest toughs about each product! ;) Btw, our biggest dream is to travel to korea one day! *__* 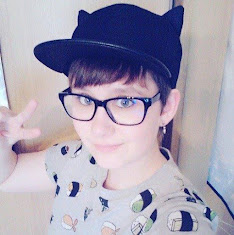 Where do we buy our korean cosmetics??? 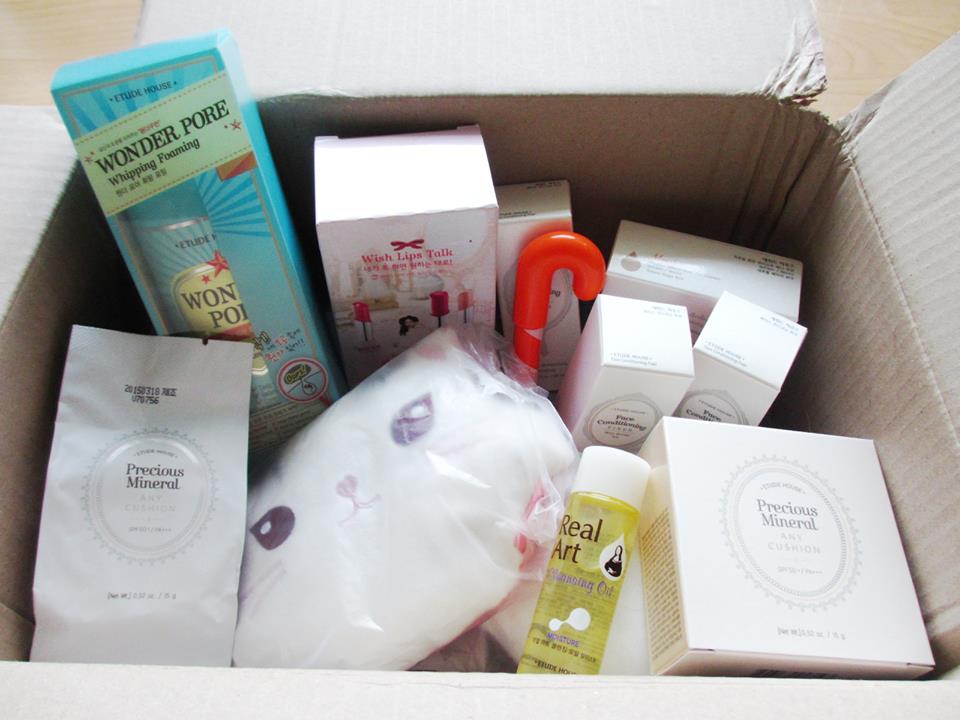 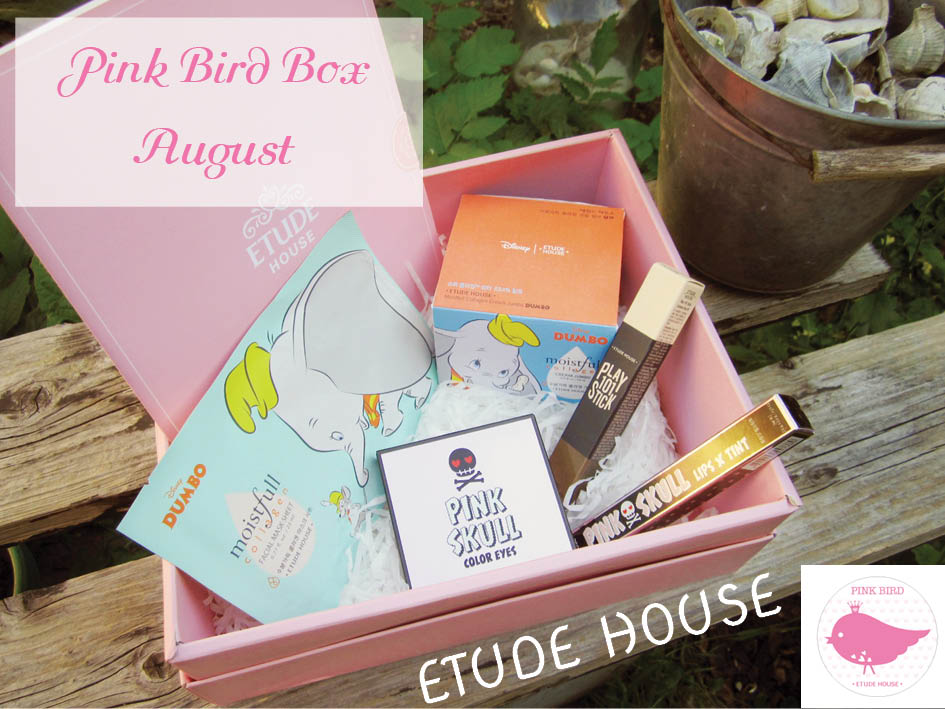 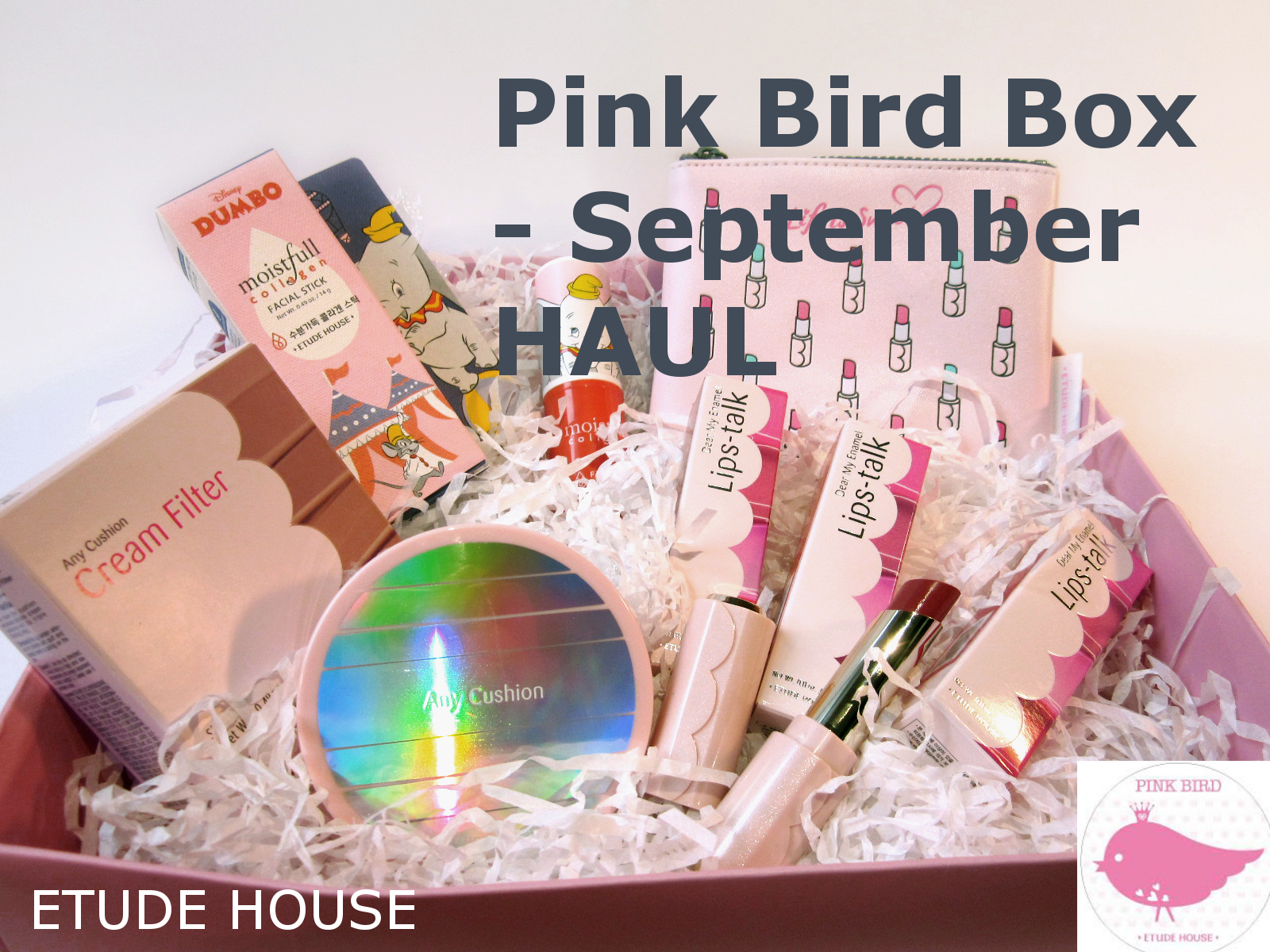 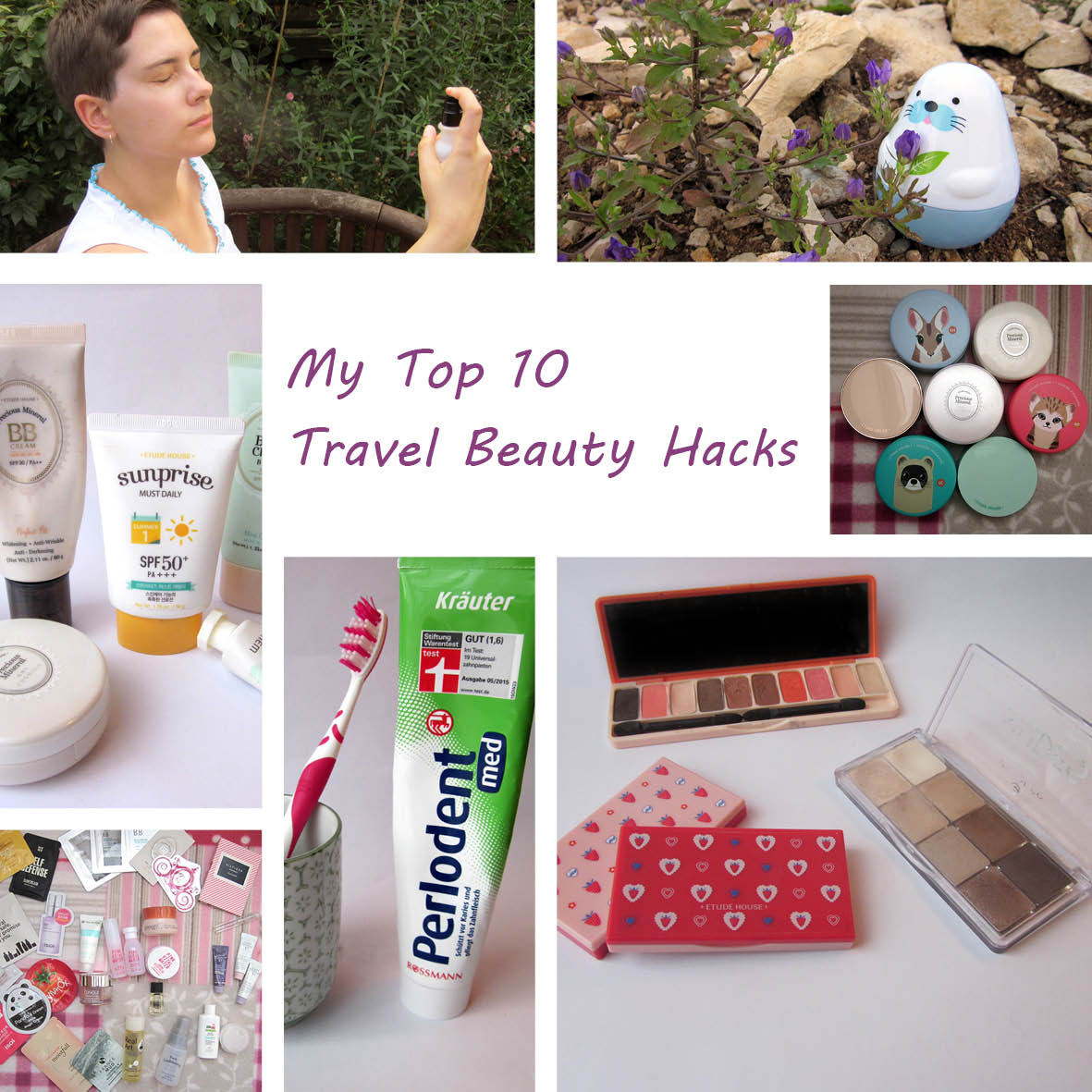 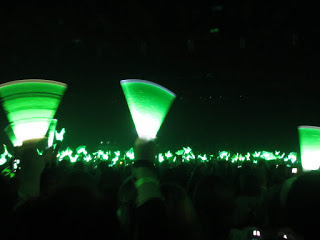